With his new album „Welcome To Wherever You’re Not“ and it’s single release „knarhcslhük mi ttinhcsfua hcon ebah hci“ DJ PHONO is destined to subtly scrabble our coordinate system.

There will be some who take a look at the uniqely handcrafted covers and sceptically say: isn’t that the guy from DEICHKIND, who together with his allies is off to continuously destruct the borders between kermis, remmi demmi and terror with massiv preposterous stage happenings? And yet, still more in disbelieve while listening to the first beats of this single – yes, he is the one. Even though the participation in the formation Deichkind has affected DJ PHONO in becoming another person; in this case the comparison is a paradox ramification.

This is a sound of gently grooving music rather than „knarzige“ breaks. There is a certain noblesse in the air. Everything seems soft, hazy and buoyant. Even after the strangely unpronounceable title has been encrypted into the meaning of the german words, the enigma has not finally been revealed. What remains are three symptomatical tunes, nurtured by british pop and french house, which one could try to describe with attributes such as catchy, bouncy even lovely – anything with an -y at the end would be appreciated, because those words are tender and things that we like.

DJ PHONO has worked for two years on this Single, that is to say the album „Welcome To Wherever You’re Not“. In exchange he asks for nothing but a few minutes of you’re treasured advertence. Please be so kind – he has deserved nothing less. 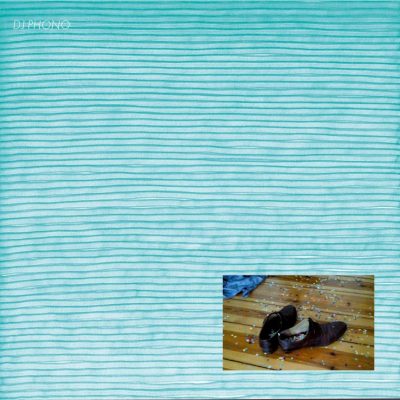